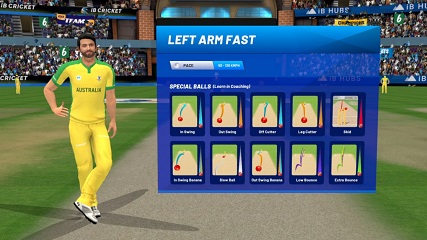 Description: A sport with 2.5 billion fans across the world is now in VR as iB Cricket (vSport). Step into immersive world-class stadiums with thousands cheering for you and hit the ball out of the park. Our realistic physics makes it intuitive to learn the sport within 10 mins.

Till date, over 60 million balls have been played by people from 40+ countries, including both cricketing & non-cricketing nations. 98% of them said that iB Cricket is amazing! iB Cricket has also received appreciation from 100+ world-class Cricketers.

Review: Surprisingly there really aren’t a lot of cricket games for our VR headsets and the number of full cricket games I could count on just one finger! The good news is I can easily say ‘iB Cricket’ is THE best cricket game for the Oculus Quest. The bad news is it is far, far from perfect. Since its days as a Steam VR original, this game has grown a lot and it does feel a lot more polished now. But it still lacks options, particularly on the multiplayer side of things.

While this is far from a full cricket game it does offer a lot many others don’t and the game does still remain mostly about the batting. Graphically the game is the best of them all with several stadiums to play in and some options to remove the crowd and so forth. But the gameplay is still limited and doesn’t offer enough for single players, but doesn’t have enough to justify the asking price for the multiplayer side of things. With time this could become even better than it currently is, but that time is not now, however, cricket fans will still highly appreciate this and enjoy it, but even they might feel this is a little overpriced.