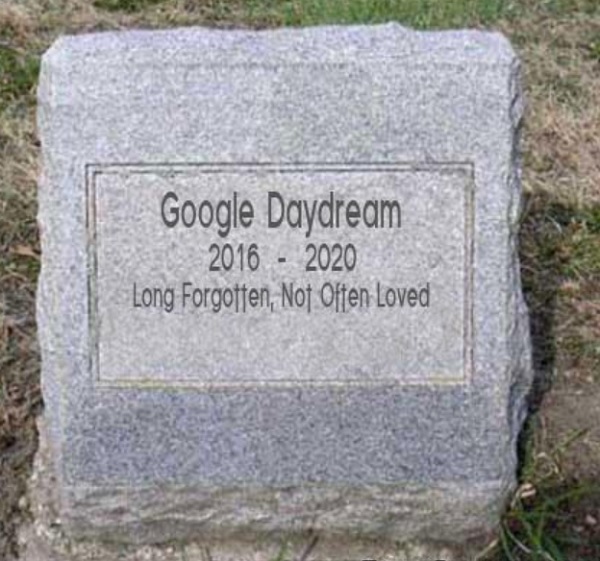 VR News: This news will not come as surprise to anyone, in fact, most people thought it was dead a long time ago. It was launched back in 2016 and was considered Google Cardboards Answer to the Oculus/ Samsung Platform Gear VR While there were some good titles at first thing soon went south and the platform started to vanish into the abyss of dead VR platforms.


My Thoughts: If you ask me the Google Daydream platform never really took off. All the apps and games were buried in the Google play store meaning there was no separation between Google Daydream and Google Cardboard VR games meaning the better quality of the Google Daydream games and apps was often lost on people downloading them for the wrong platform. It was not just the software that caused its early demise, it was also the hardware especially when it comes to the headsets. They were often cheap and offered no real benefit over that a normal Google cardboard headset did.