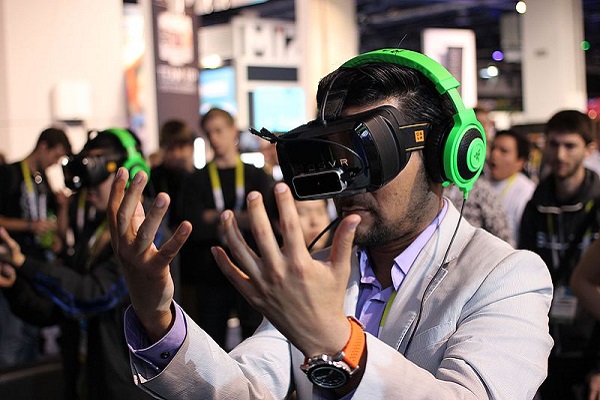 Education has always been one of the fundamental pillars of society. It functions as a base of how we perceive things to be in search for that whichever happens to be true. As we progress through decades and centuries, the core need stays the same; however, it’s the execution part of it that changes. With the advancement of technology, so too does it affect how we absorb new knowledge and how we approach learning in general.

As you’ve probably guessed, in today’s post, we’ll be taking an in-depth look of what virtual reality brings to the table and how much of an impact it’s projected to have on the future of education. With that in mind, let’s jump right into it!

Virtual reality is here, that much is a fact. The question is, does the technology have what it takes to become the next stepping stone in the evolution of education? To be able to answer that question, we need to go back to the very roots and examine what was going on in the times well before the wide adoption of computers.

The concept of transmitting knowledge through vessels

Throughout the course of history, books were the main vessel for transmitting information. They served as a medium of communicating observations about the world. The benefits are self-explanatory; all of a sudden, the one who communicated the message no longer had to be physically present in the same room for the knowledge to spread.

Fast forward to the age of computers and smart devices, we still use books, but it’s in addition to other alternatives such as video courses, ebooks, audiobooks, and so forth. The upgrade is two-fold: not only does this cater to different styles of learning (visual, auditory, and kinesthetic), we also get to go digital, meaning we effectively reduce the physical shipping time of these information-containing entities to zero. Of course, some still prefer holding a physical copy of the book as opposed to a digitally consumable medium, which is fine, but a topic for another discussion nonetheless.

While books are great for providing facts, the problem lies elsewhere. Namely, they tend to do a poor job when it comes to developing a sense of how the facts absorbed are interconnected and how to visualize the knowledge as it all comes together. To provide a concrete example, it’s next to impossible to teach someone how to fly an airplane from books alone. At some point, practical experience will be necessary to make someone proficient at it.

And here is where virtual reality gets to shine. Not only does it provide a fully functional environment where it’s possible to train a future pilot through virtual flight simulators, it also does away with the dangers of flying a real, physical airplane. In real life, there are no ‘save state’ and ‘load saved state’ buttons to save the day. Once the plane crashes, it’s game over! Not so much in virtual reality where you can fly yourself into a mountain countless of times with zero consequences.

Imagine being able to visit the ancient Egypt. To see how people used to live there, to experience what their society was like. All of a sudden, the boring high school history textbooks would spring to life and paint a scenery to immerse yourself in. An image in one of these textbooks may paint a thousand words, but it can never make you feel it with your other senses. On the other hand, virtual reality can. And that’s a big thing.

Traditional education revolves around traditional methods of learning. This can be books, live or online classrooms, or perhaps even video footage. But depending on the subject, is this the most effective way to actually learn something? Until now, it had to be, even if it’s because no other alternatives were available (or used to be out of one’s reach due to heavy specialized equipment costs).

But in the present, VR serves to unlock an entire new dimension of learning as it’s mainly focused around developing a skill through (almost) real-life experience and practical interaction with objects. Here, the possibilities are endless.

The chance to experiment without repercussions of failure

A school, for instance, could organize a virtual field trip that allows the students to explore a museum or another country of their choosing at any given time, irrespective of circumstances that are currently in effect. So what would it be like to visit a war zone without fear of being hit by a bullet? Chances are everybody would be tripping over themselves just to be able to experience something that’s otherwise considered to be unsafe, unreasonable, or off-limits for whatever reason.

Speaking of war, imagine the possibilities this unlocks for training soldiers. They would be able to simulate certain difficult conditions, hostage situations, and virtually anything you can think of. Also, not only would they be able to gain practical understanding of how to operate vehicles and proper handling of weapons, learning in virtual reality is cost-free (after the one-time fee of purchasing the VR equipment).

Medical students, for example, can become better skilled in human anatomy and even practice their surgery skills without putting human lives at risk or requiring expensive equipment. In fact, this applies to patients as well. After all, what better way is there to help a patient overcome a phobia (such as fear of crowds or flying) than through continued exposure to their fears in all the realism VR allows for?

Now think about the future of would-be race-car drivers. Until now, the barrier of entry was sky-high due to high costs of racing tracks, vehicles, and all the gear before one could even start learning.

But with VR, even the Future of Poker will take a turn for the better since it allows for multiple individuals to be seated around a poker table from every nook and corner of the world without requiring physical on-site presence. In a typical online casino that doesn’t support it, you can’t take advantage of your face-reading skills since you’re playing against ones and zeroes on the screen.

With it being supported, however, you could tell if someone was bluffing just by looking at their face. At the end of the day, even seasoned FBI interrogation specialists need to hone their skills somewhere, and what better way to get that education than by trying to decode other people’s faces at a poker table? And the list of examples goes on.

As you can tell, VR is a game-changer. Once the prices drop, the threshold for obtaining the gear necessary will be even lower. This, in turn, will result in better software, better availability, and better support. Will it find its place in education? Time will tell. But one thing is for sure: given everything stated above, it would be unreasonable to believe otherwise.