About: The Mega Visor Display (メガバイザーディスプレイ), commonly abbreviated to MVD, is a virtual reality head-mounted display developed by Sega AM3 and Virtuality. Used in the VR-1 indoor theme park attraction and Sega Net Merc arcade system for Dennou Senki Net Merc, it has been retrospectively recognized as one of the most advanced headsets of the 1990s, and continues to stand as Sega’s most successful foray into virtual reality. 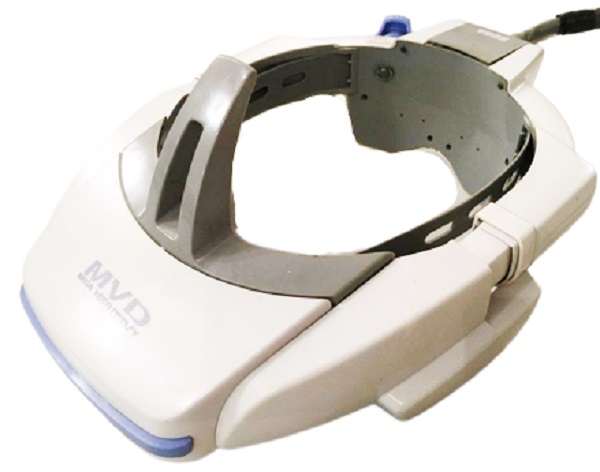 Our Thoughts: While it was using powerful arcade technology that most people couldn’t afford it is still a very impressive headset. In fact, the resolution isn’t much off an Oculus Rift DK1 and it was surprisingly lightweight! Even Hollywood director Steven Spielberg was once pictured wearing one and it would have been a dream headset at the time. It’s a shame the partnership of these two great companies never went beyond a few arcade and theme park rides. The biggest issue the headset had was that it was still running very basic graphics and not exactly a toe-dip into the metaverse. If you were lucky enough to have used one of these why not let us know in the comments below.