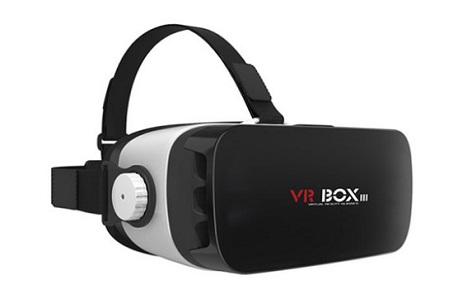 Virtual reality is at its peak now in 2021, so it isn’t surprising that more and more people are getting into the concept of virtual reality and buying VR headsets to further up their experience. But, with so many different types of VR headsets available in the market, choosing the best one for your needs can be a little confusing. From leading brands like HTC and Samsung to some of the ordinary options, there are a lot to choose from.

But, there are a few factors that you need to consider before you end up spending your coins to buy cheap VR box available in the market.

VR headsets are not a very common household item that you will come across. Since the demand for this item is gradually growing, it is not surprising that many brands are gradually tapping into this market and not going headfirst into it. So, before you buy a VR headset, consider which brand you want to invest your money on. The best ones include HTC, Samsung, and Facebook. Yes, don’t be shocked by that at all.

Another factor worth considering before buying a VR box are the attached wires that come along with the headset. And, if you think that these wires are small and limited, you are mistaken. Some of them often cross the boundaries of the entire room to be plugged in, so you do need to ensure that you have enough cable management system wired around the room to sort that out with ease.

Consider getting a separate camera and sensors

The majority of the high-end VR headsets that are available in the market need you to buy a separate camera and sensors along with it. Along with the VR headsets, they come in conjunction with the laser-emitting boxes along with the same. Some of the headsets also come with a separate tracking system that requires separate power outlets for easier functioning, so make sure that you consider that as well.

Consider getting a motion controller

The attached cameras that are associated with the VR headsets often only capture the head’s movements but might not be able to keep a check on the motion control of the person in front of the headset. If you want a better feeling of immersion while watching videos through the VR headset, you must keep up with the same.

To think that you might get nauseous when you are using a VR headrest is common. So, make sure that you prepare yourself accordingly. Even reports suggest that around 70-80% of the people who have tried VR for the first time have reported feeling nauseous and lightheaded. So, if you have a hard time with such situations, we’d suggest that you step back and consider what to do.

Buying a VR headset is not as easy as it seems. Not only do you need to keep up with the quality of the material, but you also need to consider the overall features it comes with. We have sorted out a few of the important pointers, so keep them in mind.