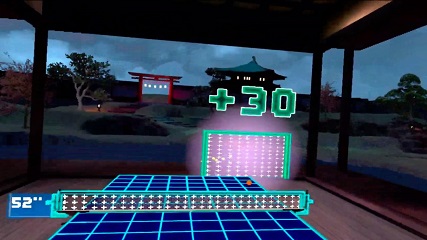 Description: Rackets at the ready! Test your skills with a variety of challenging game modes, as you rise up the ranks to become the true Ping Pong Pro! Do you have what it takes? Pick up your virtual racket and find out!

Featuring 8 new levels including an arcade, a stadium and a Japanese garden; you can compete to become the champion against gorgeous and photorealistic backdrops! VR Ping Pong Pro also features racket/ball customisation with a tonne of different options to choose from; you can become the pro in style!

Review: I have to say, I really don’t know what has happened with this game! On Steam VR it was one of the best ping-pong games money can buy and it looks amazing, but for some reason, the Quest version of this game is far too raw for its own good. Heck, it doesn’t even feel like I was playing the same game! Sure, you have to expect a dip in graphical quality when the game is ported to the Quest, but not as bad as this. I get that it is a little cheaper as well, but the game still feels broken somehow. All I can suggest is that you play the Steam version of this game rather than this one.