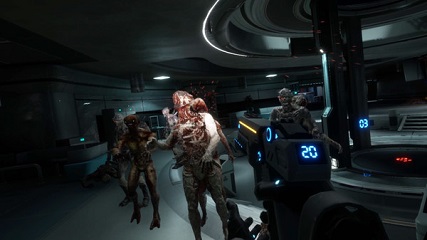 Description: 《Wandering Space》 is a VR FPS single-player game that combines RPG and Roguelite elements. The story happened in 2598, the earth’s environment worsening reached a tipping point, at the same time appear a “doomsday virus infected either died or variations, of human resources of the federal government in the last the earth in the earth’s orbit is established many scattered pieces of colonial satellite, spacecraft will survive partial migration to the space to human health from viruses and pollution, Others forced to stay on Earth struggle to survive disease and famine.

Review: (TBA – To Be Announced) – Sadly this game is not yet released and we have no idea when it might be. So, for now, we can’t really review the game even if there is a free demo for it as it would not be an accurate review of the full game. But as soon as it does become available we will review it and make a gameplay video for you to watch.