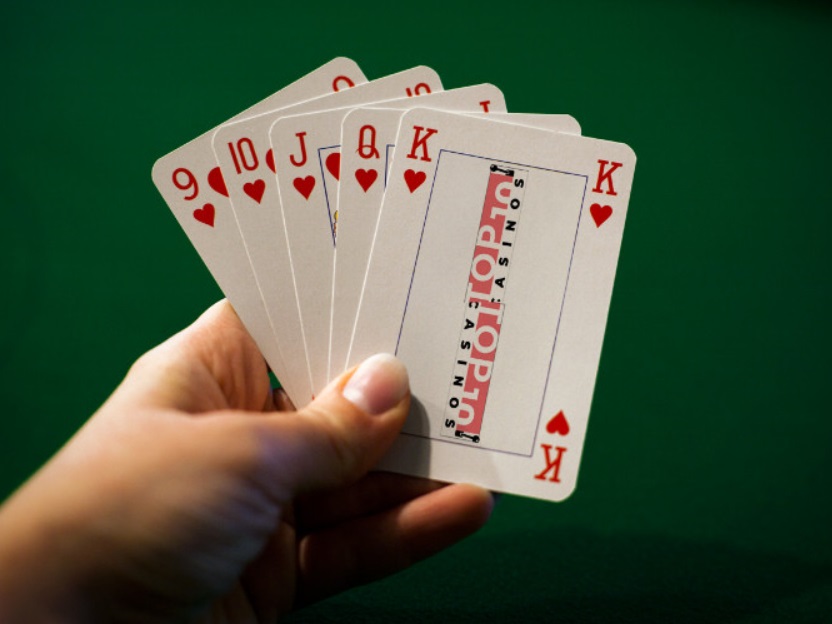 Once discussed in the realms of sci-fi and fantasy, Virtual Reality (VR) is now very much a reality. The technology has come on leaps and bounds in recent years, so much so that it is now considered the future of online gaming, (along with the impending ubiquity of the Metaverse). If the iGaming and video game industries have been forced to adapt to this new digital climate of headsets and parallel worlds, what does this mean for online casinos? Let’s take a closer look at the increasing role that this emerging tech is having on the online casino industry, and see which platforms are leading the race for virtual supremacy.

In recent years, online casino operators have increasingly utilised innovative new technology to provide a safer playing experience, improve the quality of gameplay and encourage responsible gambling. This includes the use of crypto and blockchain tech for secure payment processing, as well as the use of AI to limit problematic gambling behaviours.

In particular, the growth of VR tech has had an undeniable impact on the online casino industry, with increasing technological accessibility leading to higher numbers of iGaming platforms getting on board with the trend. There are now more online casinos using VR tech than ever before, including VR/MR headset-compatible titles, ‘beyond’ 3D graphics, customizable avatars, real-time in-game chats and fully immersive digital lobbies in which players can move around the environment and interact with others as they please.

As it stands, the use of VR is increasingly widespread at online casino sites, in one form or another. While dedicated VR casinos are still extremely rare, there are plenty of online casinos out there that have already got in on the action, and the prevalence of VR casinos will only increase in the coming years. Check out our selection of 5 of the hottest online casinos that are currently making the most of this new technology to enhance the experience of their players and provide immersive gameplay like no other:

Mr Green is a much-loved online casino that was founded in 2007, officially launching in 2008. The Mr Green platform is particularly popular with players in the UK, boasting a wide selection of more than 300 quality online games from top providers including Microgaming, NetEnt and IGT. While Mr Green is well-known as a reliable and established iGaming site, many players may not realise that the casino has got in on the immersive VR trend, offering a unique Live Beyond Live feature which enables players to enjoy roulette and blackjack games in stunning virtual reality. Some of the most popular games currently accessible for play (although not exclusively with VR) at Mr Green include Mega Moolah, Starburst, Book of Ra, Rainbow Riches, Cleopatra and Book of Dead. Mr Green Casino also provides its members with a range of generous bonuses (including welcome bonuses for new players), while lucky players can even access real money games and gamble for free using a no deposit bonus. Find out more about how to access the best casino bonuses using this handy bonus guide by Top10casinos.com.

While VR technology is still in stages of relative infancy, there are certain online casino platforms that have already utilised it to stunning effect. One such online casino is Social Club VR, which provides an immersive and realistic gaming experience that is centred around the social aspect of interacting and playing with others. As you might expect from the name, Social Club VR enables you to access the best interactive games and multiplayer options, but you can also play in single mode if you want to keep things private. The main feature here is a highly immersive and interactive digital casino lobby, plus a selection of top VR titles including roulette, poker and blackjack games. It seems likely that the all-encompassing, hyper-realistic digital environments made possible through the use of emerging Metaverse technology will only heighten the immersive aspect of VR in online casinos as seen at the Social Club platform. The casino is compatible with Oculus Rift headsets.

Widely recognised as the first VR casino in the world, SlotsMillion certainly deserves a spot on this list. Founded in 2014, SlotsMillion is a popular iGaming platform that stocks an impressive catalogue of more than 2000 slot machines, plus a selection of other games from leading providers such as Play’ n Go, Thunderkick and Playtech. As well as all the casino classics we have come to expect, SlotsMillion also features a beautiful and realistic virtual reality casino, in which players can enjoy a range of 40 VR slot machines and experience the immersive ‘beyond’ 3D magic via their headset. With a total of over 4,000 games from more than 100 leading developers, SlotsMillion is certainly ahead of the pack when it comes to making the most of this emerging tech, and is noted as a solid ‘traditional’ online casino in its own right. Some of the most popular games available to enjoy at SlotsMillion now include Age of the Gods Scratch, Loteria, Auto Roulette, Sun Goddess, Tombstone RIP, Slingo Starburst and Piggy Bank Bills.

As its name suggests, PokerStars VR is a virtual reality gaming platform that is focused on – you guessed it – poker! Currently offering access to immersive and interactive digital poker and Texas Hold ‘Em games for free wagering, what PokerStars VR lacks in real money gambling potential, it more than makes up for with stunningly realistic table gameplay that will suit any discerning poker player down to the ground. You have the choice to play with your friends at a private table or compete against an international base of poker players in the public arena, all in stunning virtual reality. Because players are able to make their own avatars and interact with others as they see fit, PokerStars VR amps up the reality level, even allowing you to shake hands and lay your cards out on the table as though in real life. While the platform is aimed squarely at poker and Texas Hold ‘Em aficionados, there truly is something for everyone here, including an impressive range of online slot machine games and accessible video slots.

Although still in relatively early stages of development, this dedicated VR platform holds tonnes of potential. The JackpotVR online casino site has been developed for Janus VR, but players can still get in on the immersive action via their desktop or using an Oculus Rift headset for maximum effect. Gamers are able to move around a traditional casino floor and move between ‘physical’ gaming machines as they choose, interacting with other players in the process. The site aims to replicate a classic land-based casino lobby, and does a pretty good job for our money. Speaking of money, players are not currently permitted to make real money wagers with JackpotVR, although this will likely change in the near future – certainly an online casino to keep your eyes on in the coming years.