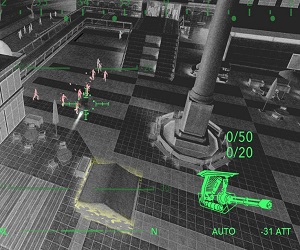 Description: You are a pirate using pistol and cutlass. Show your superior skills to the enemy. The pistol is a weapon that can kill enemies in the distance. Fire the enemies before they approach you. You can also headshot by targeting the enemy’s head. Cutlass is a good weapon that not only can attack the enemy, but also can defend the enemy’s attack. You can also slice the flying object (Skull, Shark, Bomb…etc.) You can fight Kraken. Kraken is huge and powerful. You can kill it by shooting Kraken’s leg and its eyes. Good luck. Challenge the record! Your play is recorded online. You can be the best record in the world. Make your legend. If you and your friend are online, you can team up with a friend, and six people can play a team battle at the same time. Recommend this game to your friends right now.

Review: If you are the type of person who loves watching zombies films and shows, or maybe just someone who likes watching the Apache Gunships at airshows, this is the game for you. With its grey/grainy graphics, it looks just like the Army videos you see on TV, just before they drop a bomb onto some bad buys. Sure, there are only 5 missions which aren’t a lot at all, but its the challenge mode that will keep you coming back for more and more. With a nice weapon progression, good range of weapons and environments this is a game that has been well thought out and if it wasn’t being played in VR would probably have been quite boring.